Mac is ready for a night of guzzling some Jack and hanging out with friends in the woods of Southern Michigan at resort called Campit. Don’t let the patriotic gear fool you, because Mac is a sweetie who loves to show off his hairy assets. He puts his pits on display as if they’re going up for auction (wouldn’t we be so lucky?) before he gives them a sniff and pulls his hairy cock out of his Daisy Dukes and gets to work beating off. He works his dick and runs his hands through his extreme bush before he unloads his beast right in his cutoff shorts. Mac doesn’t bother cleaning up either. He just pulls his cum-filled shorts back up and heads out to get his whiskey. 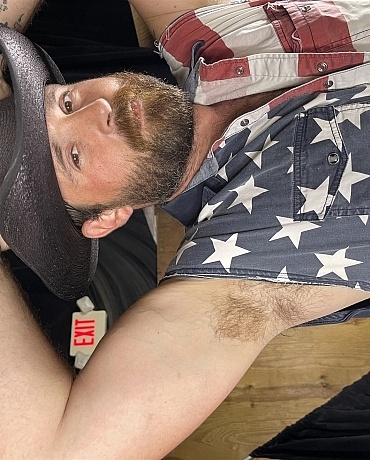 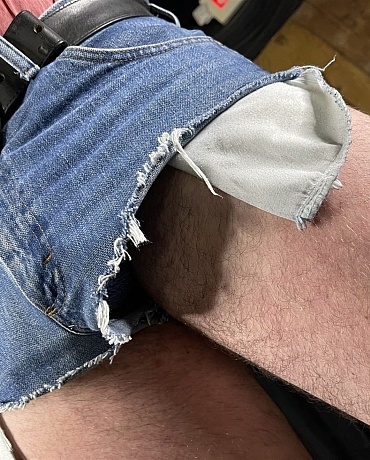 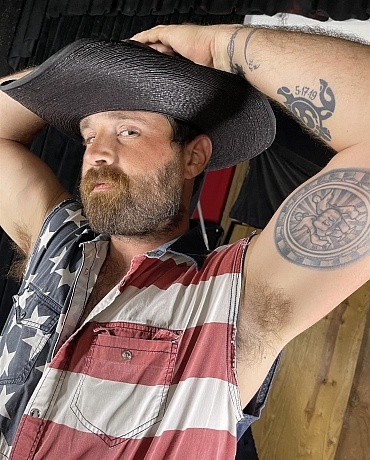 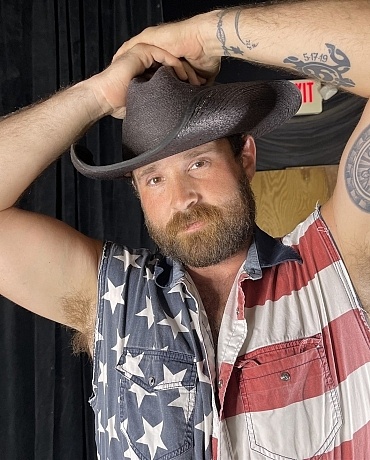 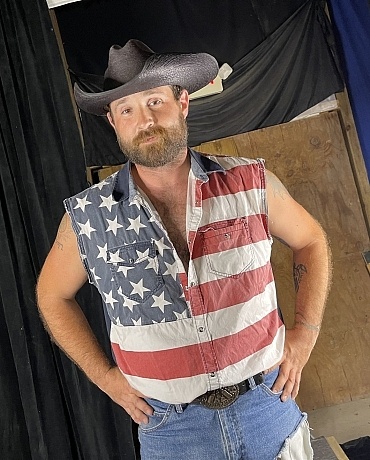 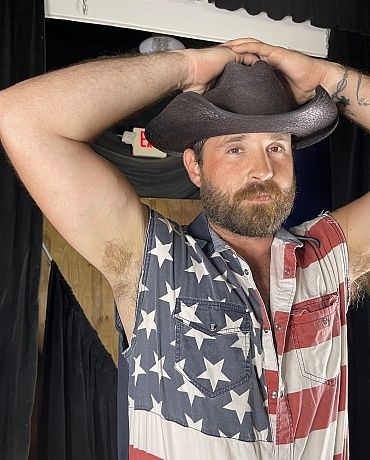 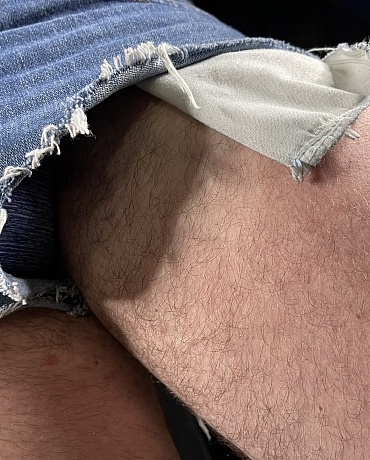 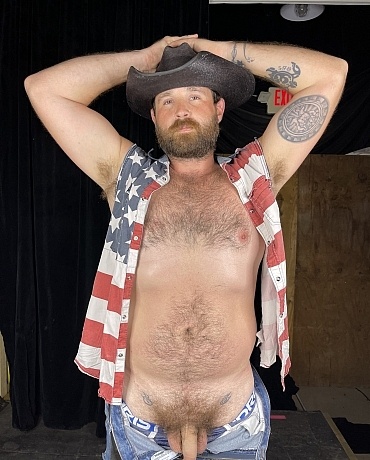